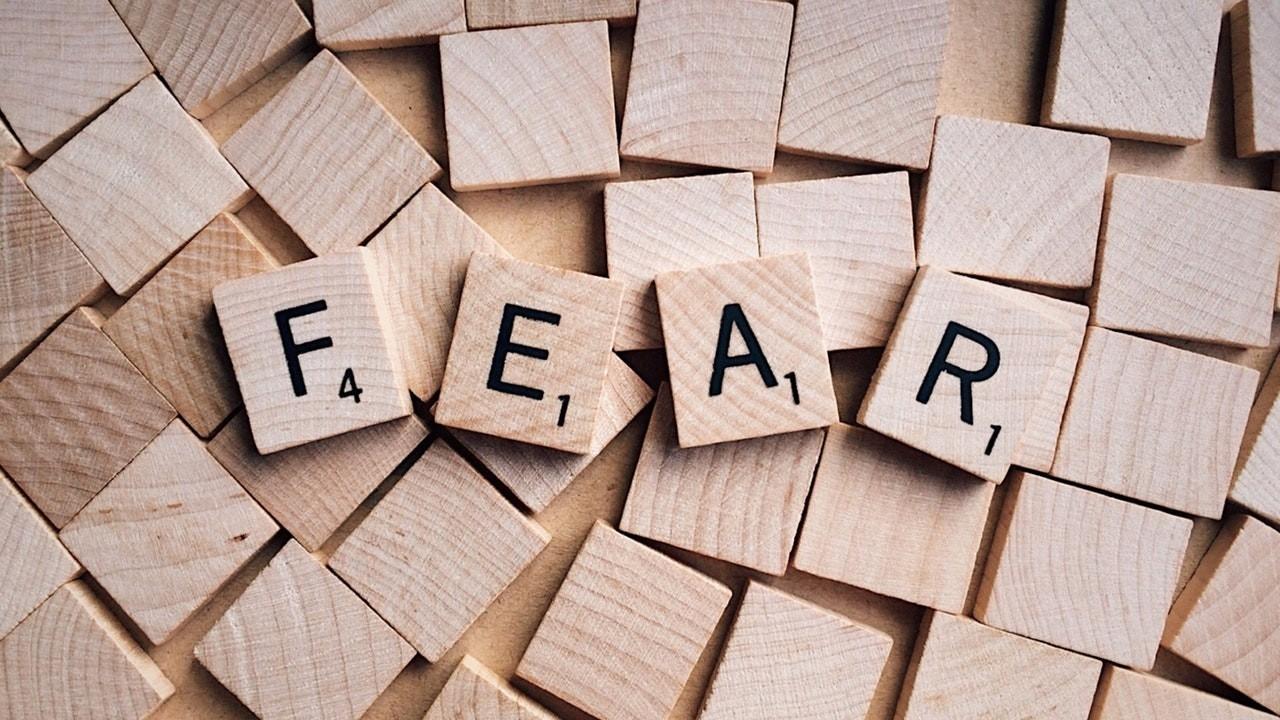 The Price of Fear in Your Restaurant

“I am running out of fuel. I’m not going to make it.”, the pilot of a small single engine aircraft said over the radio.

My first duty station as a Pararescuemen was with the 67th ARRS (Aerospace Rescue & Recovery Service) in Woodbridge RAF in the United Kingdom. We routinely flew up to Keflavik, Iceland to support our unit stationed there. Normally the flight up is pretty quiet and uneventful. Not this time.

A small plane was en route to Iceland and the pilot flying alone had run short on fuel. He was going to have to ditch the plane and land in the North Atlantic Ocean. Landing in rough open waters is a challenge in itself. Landing in water that is so cold that hypothermia will set in within minutes is the real threat.  When you first go into extremely cold water you go into what is called cold shock response. People start to hyperventilate immediately. For one to three minutes you breathe very fast and deep, uncontrollably. If you can’t swim or keep yourself on top of the water you’re pretty much fucked. If you can stay on top of the water and get your breathing under control, you’ll be good...for a while. That’s when the clock starts ticking.

Generally, a person can survive in 41-degree F (5-degree C) water for 10, 15 or 20 minutes before the muscles get weak, you lose coordination and strength (which happens because the blood moves away from the extremities and toward the core of the body). Soon to become so tired that you slip into unconsciousness and cardiac arrest is not far behind. You just quietly slip beneath the surface of the water and you die.

The pilot of our HC-130 is a seasoned veteran with thousands of hours under his command. He tries to keep the pilot of the small aircraft calm and take his step by step through the procedures to ditch the plane. The other pilot is understandably nervous and afraid. His thick Scottish accent makes it hard to understand. The 130 commander keeps talking to the other pilot. Keeping as calm as you can is the real best chance you have in a survival situation. The co-pilot of the 130 tell my team leader to be ready to jump in needed. PJ’s usually work in two man teams. I was very new to the real world of Pararescue being called what is known as a “pup”. I had not been trained to be a jumpmaster yet, so I would be the one going out the door and parachuting into the water for the pilot if it came to that.

The water was so cold that a dry suit was my only option. Luckily, I had my dry suit kit. In fact, when you are deployed as a Pararescuemen you take a kit (or bag) for a variety of scenarios. Wet suit kit, mountaineering kit, medical kit, tactical kit, free-fall parachute kit, and a static line chute (like at Airborne school). You trained for a variety of scenarios. We had a saying that “if it looks like a duck and talks like a duck, have a plan in case it’s a chicken!”

In my head, this was it. My first static line jump in a dry suit. I have trained plenty of times in the North Sea close to Woodbridge RAF. I have done quite a few water jumps with full SCUBA gear on wearing a wet suit (the difference between a wet suit and a dry suit is rather simple: a wet suit allows a thin layer of water in between your body and the neoprene suit that your body warms up. A dry suit does not allow any water in and is ideal for extreme cold water operations). It would do me no good to wear a wet suit and become the second victim in a rescue scene.

The Pararescue team at Keflavik was now on alert and taking off to meet the plane after it hit the water. Our first objective was to stay with the plane until he hit and mark it. If the Keflavik team was close enough they would insert (drop off) two PJ’s who would get to the pilot and get back up to the HH-53 helicopter as soon as possible.

There was a slight chance I would be deployed as a secondary rescue swimmer. My heart was racing with excitement to be able to participate in a real rescue. I pulled my dry suit lit and parachute out just in case. Just like Gene Hackman said in the movie The Replacements, “winners always want the ball when the game is on the line”. I wanted in the rescue.

The Keflavik team was a little ways out. The pilot was close to being totally out of fuel. The HC-130 commander keep taking the other pilot through the emergency procedures. I looked at my team leader, he shook his head with a disappointing “no”. The other pilot was coming undone. You could hear it in the tone of his voice. Our commander keeps talking, trying to keep him focused.

The other pilot said. “Tell my wife and kids I love them.”

We immediately tried to get a visual on the downed craft. Looking for a small plane in the vast ocean as the daylight slipped away is like looking for a needle in a haystack. We searched for two hours. Never saw any signs or wreckage on the ocean. The Keflavik team was told to return to base. We followed.

The rest of the flight to Keflavik was so quiet I swear I could hear the sound of my heartbeat over the noise of the four engines of the HC-130. When death comes to visit we all get a little introspective. At the time I was 20 years old. I had not really experienced much of the world or life then. I stared out the window into the darkness of the sky and contemplated. I realized that while I did not want to die, I also had no fear of it either.

What you focus on you tend to get.

Focus on your fears and they come closer to you. The more you focus on them, the more you give energy to them. The fears you run from, run towards you.

Most of the challenges restaurant owners, chefs, and operators face are all just really fears when you drill down deep enough. Fear is primal and it keeps our edge. It also has allowed us to survive as a species for millions of years. Fear can become a powerful tool or it can become the chains that hold you down and keep you stuck when you know you should do something to change your situation.

Here’s a great example. When you skydive you should have a little fear in the back of your mind. It helps you stay sharp. Fear like any other of your primal emotions just wants to be recognized and respected. You do not have to listen to your fear. PJ’s have a saying that the day you have no fear about jumping is the day you should stop. Having no fear makes you careless and reckless. That gets other people hurt or killed.

I often ask restaurants this question: “Do you run your restaurant, or does it run you?”

The translation is this: “Do your fears control you or do you control them?”

I hear them saying they want change. They say they want success, yet they don’t take action.

Why don’t they fire that negative person who is bringing their brand down? Fear.

Why don’t they cost out their menu and have an accurate P&L statement? Fear.

Why don’t they market their restaurant more? Fear.

We can rationalize all day long (trust me you will), however, in the end it’s the fears that are lurking inside that are stopping most from taking action. They become immobilized and that is my duty as their coach to help them break free from the mental chains that are holding them back. Think about the things you know you should do, yet you don’t.

What really is fear?

Fear is just another word for pain. In its most basic sense all humans take action by either one of two opposite forces that drive all behaviors. The need to avoid pain, or the desire to gain pleasure. These primal drivers are hardwired into our mental software and they dictate how we make decisions. The problem is that most people would rather avoid pain over gaining pleasure. Think about that. Many people would rather avoid losing than gaining.

We get this “protection mindset” and want to keep what we know is comfortable to us, rather than risk the unknown. That saying of, “better the devil you know, then the devil you don’t” is very true for how many live their lives.

I have seen this in restaurants where there are two owners who have opposite driving forces. One wants to expand and take risks (sees pleasure in the risk) and the other owner wants to just maintain what they have (sees pain in the risk). The same situation, yet totally opposite drivers for action and potential for conflict. When this happens the only solution is for open, honest, and transparent communication.

The first step is to be honest with yourself.

What is holding you back? What drives you to move forward?

We wait too often for death to visit our lives before we reflect and take inventory of how our life had unfolded. Don’t wait. Look around at where you are now. Look at your restaurant. If you are not 100% where you want to be, then don’t settle.

In Pararescue we are taught that if a situation sucks, it sucks. It’s better to embrace the suck and deal with it. Denial or avoiding the situation just makes it worse. To take no action, is an action really. I would rather be driving the car if it went over the side of a mountain than a passenger in the back seat.

Your life and your restaurant are yours to control, if you just grab a hold of the steering wheel and drive.

*Author's Note: This was originally written for my book: Your Restaurant Sucks! Embrace the suck. Unleash your restaurant. Become outstanding. My editor though it was a little too "heavy" to be included...tell me your thoughts.