Become a Better Leader By Being the Real You 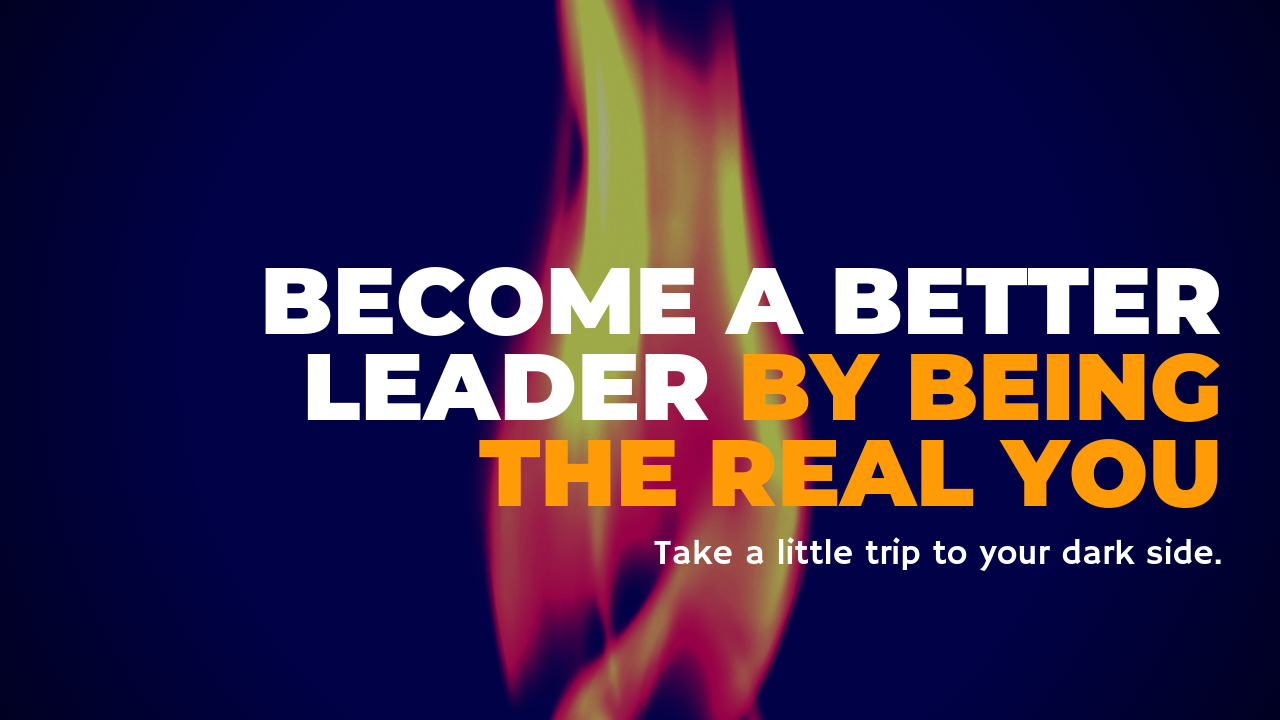 Bruce Wayne has Batman. Clark Kent has Superman. Bruce Banner has The Hulk. Kobe Bryant has the Black Mamba. How about you? Do you have an alter ego you can channel to elevate your leadership to the elite level?

To find it, we’re going to need to take a trip to your dark side. Don’t think you have a dark side? Let me assure you that everybody has one. Think about the things you crave, the things you lust after, the secrets you keep hidden deep, deep inside. That energy comes from your dark side. The problem is that your entire life you’ve been told those feelings are bad, so you locked them away and hid them from the world.

That’s a mistake: they’re the key to leadership success. It’s time to tap into that power and harness it so you can become the badass leader you are.

Your Dark Side Doesn’t Have to Be Bad

Just because it’s called your dark side doesn’t mean it has to be dark, per se. Batman fought against injustice even though he lived a dark life, so maybe you prefer to call it your “alter ego.” It’s that part of you that comes out when you need an edge. Most of the time it sits quietly in the background not causing any problems.

But you need it to surface because your alter ego is your true self. It’s the person who doesn’t give a shit about what others think. Its purpose is to protect you and its mission is to win. You probably shut it down when those around you (usually family and friends) told you things like:

You’ve been trained like Pavlov’s dogs to push that alter ego to the back. Instead, another persona you’ve adopted for everyday life comes to the front. That’s not the real you, that’s the “surface” you. Deep inside is the real you, just waiting to come out.

The real you is powerful. It’s exacting. It’s strategic. It’s honest. It’s driven. It wants to succeed and it doesn’t accept failure.

How to Release the Real You

Now that you know the truth about the real you, how do you bring it back to the spotlight? The first step is to be honest with yourself.

Think about this: What would it feel like to let go of all the bullshit, all the external pressures, every expectation, and just be yourself?

To get there you need to trust the voice inside you, the raw instinct that knows you best. For years you’ve suppressed that person to conform and be who others said you should be, who you thought you had to be. Badass leaders know exactly who they are and the things at which they excel. They don’t bullshit others, they stare straight at the truth. They own their shit.

Chef Lee Hefter (a partner at Wolfgang Puck) was asked once by food editors at a press shoot to make a statement about his food. His reply was just one sentence: “I make my statement on the plate.”

Not sure if you’re there yet?

How about a simple scale to determine where you are?

Supervisor: You need to be told what to do and when to do it. You don’t take any chances—playing it safe is your way of life. You don’t confront people and you fly below the radar to avoid making people upset. You care about what everyone thinks of you.

Manager: You tell people what to do even if you don’t do it yourself. You run around most of the shift putting out fires so you feel important. You never have time for the important tasks because you’re just too busy looking busy. You talk down to your staff instead of to your staff. You get a buzz off the high of being the boss. You’re more concerned about yourself than the team or the brand.

Badass Leader: You lead by example and live the core values you talk about. You take personal accountability for everything in your life. You don’t wait for things to happen, you make things happen. You coach and train your team constantly and consistently and you’re always looking for ways to improve yourself. You don’t worry about what other think of you because you’re confident in your abilities. You put the team and brand before your personal agenda.

Be honest, which one are you?

It’s not too late to become a badass leader. You just need to stop pretending to be someone you’re not. Time to drown out the outside input and listen to that inner voice that pushes its finger in your back and tells you to do it. Time to unleash your true self and drop the mask you’ve been wearing for so long.

Your alter ego is your true self. You’ve done such a good job wearing the mask of who you think you need to be that you’ve likely forgotten who you really are. In coaching we use a behavior survey tool to assess your natural strengths. The tool shows who you’re pretending to be in the world—it reveals your mask. The goal of coaching is to get you to drop the bullshit, put down the mask, and be who you truly are.

St. Catherine of Siena summed it up best: “Be who you were meant to be and you will set the world on fire.”

It’s time for your true identity to come forward from the shadows and take charge. Be who you have always been. You’re a badass, don’t forget that.